One of New Jersey’s largest age-restricted active adult communities is Holiday City at Berkeley in Toms River. This exceptional fifty-five years old and older residential development consists of several smaller neighborhoods including Holiday City Heights, Holiday City West, Holiday City Carefree, and Holiday City South. Each of these spectacular communities has its own activities, clubs, swimming pool, and clubhouse. With the multitude of recreational amenities, banks, restaurants, and retail businesses, Holiday City at Berkeley feels like a small town. Residents enjoy proximity to Interstate 195, the Garden State Parkway, and thereby easy access to Philadelphia, New York City, and Atlantic City, among many other exciting destinations.

Get ready for the perfect opportunity! Back on the market, this home is nestled in a desirable neighborhood and boasts a beautiful lot that backs to the woods. Recently r...

We're Here To Help You Buy Or Sell Your Next Home! 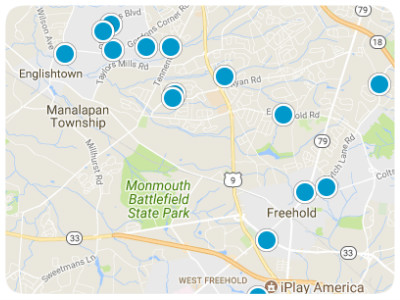